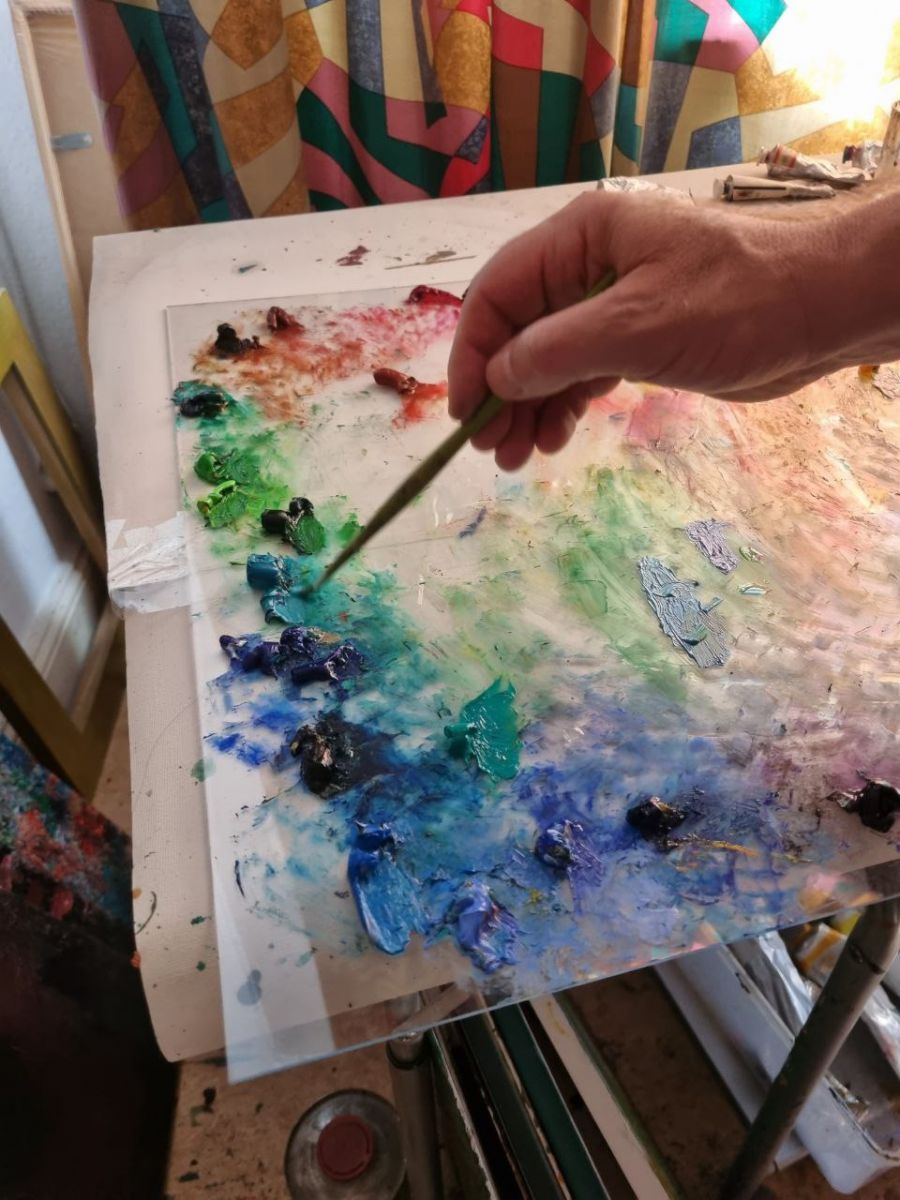 The painter Zaza Tushmalischvili has been living and working in Berlin for thirty years. The book takes us to the roots of the artist, who was born in Georgia in 1960. Hundreds of paintings tell of the cultural diversity and beauty of his Caucasian homeland and his confrontation with the western way of life. For the first time, his entire oeuvre is documented in detail and his artistic development in the field of tension between cultures is presented.

When Niko Pirosmani, arguably the most famous Georgian painter, was once asked why he, a highly talented artist, would paint signs for businessmen, he replied: "If you don't want to do the simple, how can you create the big?"

Zaza Tushmalishvili started his career with the same or at least a similar claim. Born in an East Georgian village, the painter received early support as a highly talented, sensitive child. From the age of 10 he attended an art school every day. At the age of 18 he graduated from an art school. This is followed by his studies at the Academy of Arts in Tbilisi, where he specializes in fresco restoration.

After the fall of the Wall, Zaza Tushmalischvili came to Berlin in 1991 with 20 paintings and 200 dollars in his luggage. Due to the collapse of the Soviet Union, civil war is raging in his country, driving many Georgians out of the country. Artists like Wassily Kandinsky or Marc Chagall had a similar experience in the early 1920s, who left their homeland due to political and economic pressure and settled abroad.

Arriving in Berlin, Tushmalischvili exhibits his pictures in front of the Humboldt University, right next to the book stalls. His works are touching, he sells them all and thus finds friends and gallery owners who offer his other works.

In 1994, Zaza Tushmalischvili and Annilie Hillmer met. Fascinated by the artist's pictures, the psychologist becomes his gallery owner and supports him in finding a second home in Berlin. She lets him show her his Georgia, a landscape full of poetry and myths. She gets to know his family and friends and his artistic companions. Annilie Hillmer specializes in Georgian art, shows Tushmalischvili's pictures at international art fairs and in 2007 founds the Georgia Berlin gallery. Zaza Tushmalishvili is now one of the best-known Georgian painters.

The book Insights Georgia - Berlin follows the traces of this common history and documents the unmistakable pictorial language of the artist. Iconographic elements of Christian religious painting merge with cubist or surrealist forms. In the warm colors and sophisticated painting techniques, his Georgian homeland becomes just as tangible as his immersion in modern western painting.